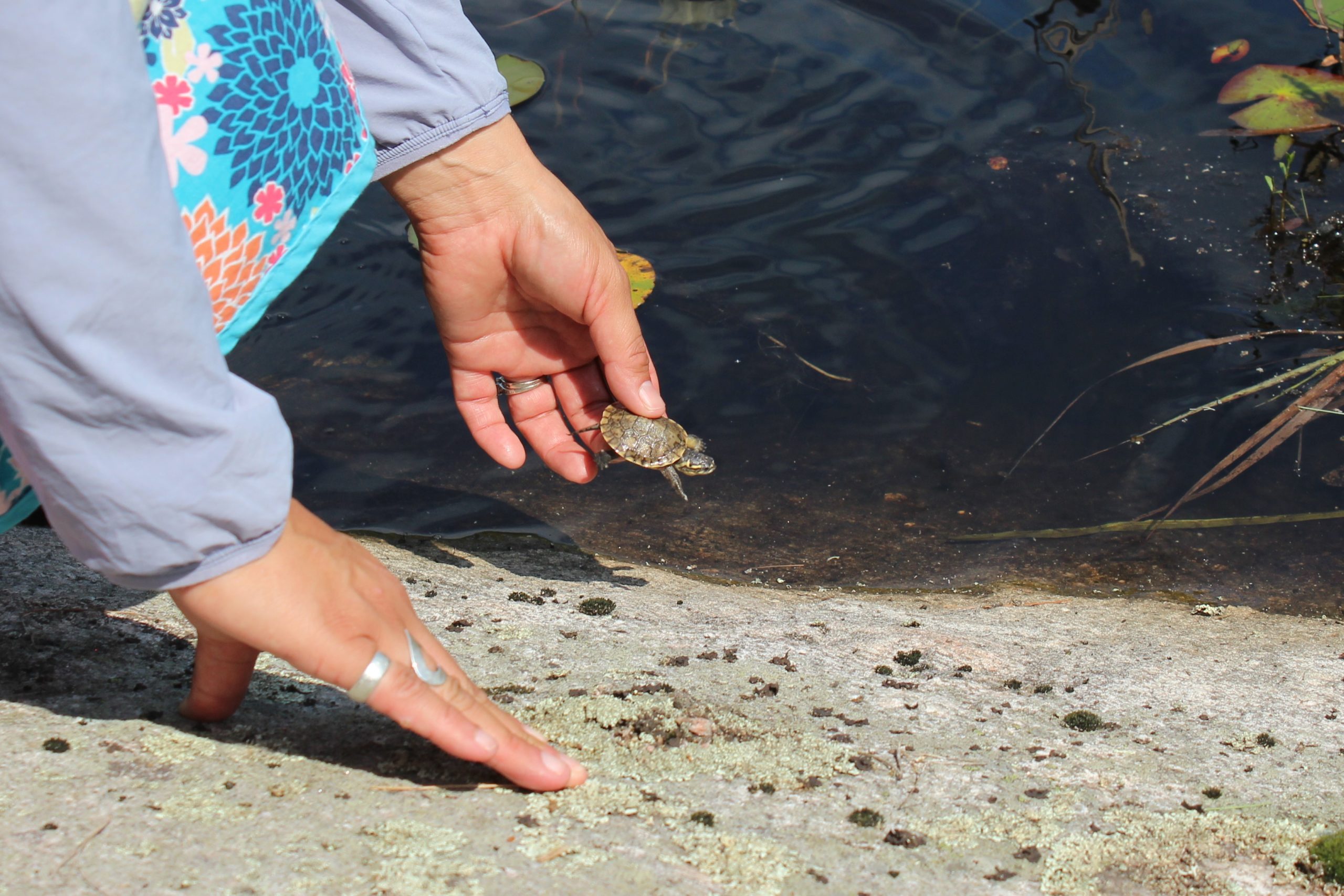 An overview of the exciting initiative bringing together local leaders in the Georgian Bay Biosphere region. The Maamwi Anjiakiziwin initiative is a collaboration of local leaders in ecological, cultural, and planning work along eastern Georgian Bay. Maamwi Anjiakiziwin is part of a larger Canada-wide program called Community Nominated Priority Places (CNPP). The CNPP program is … Continued 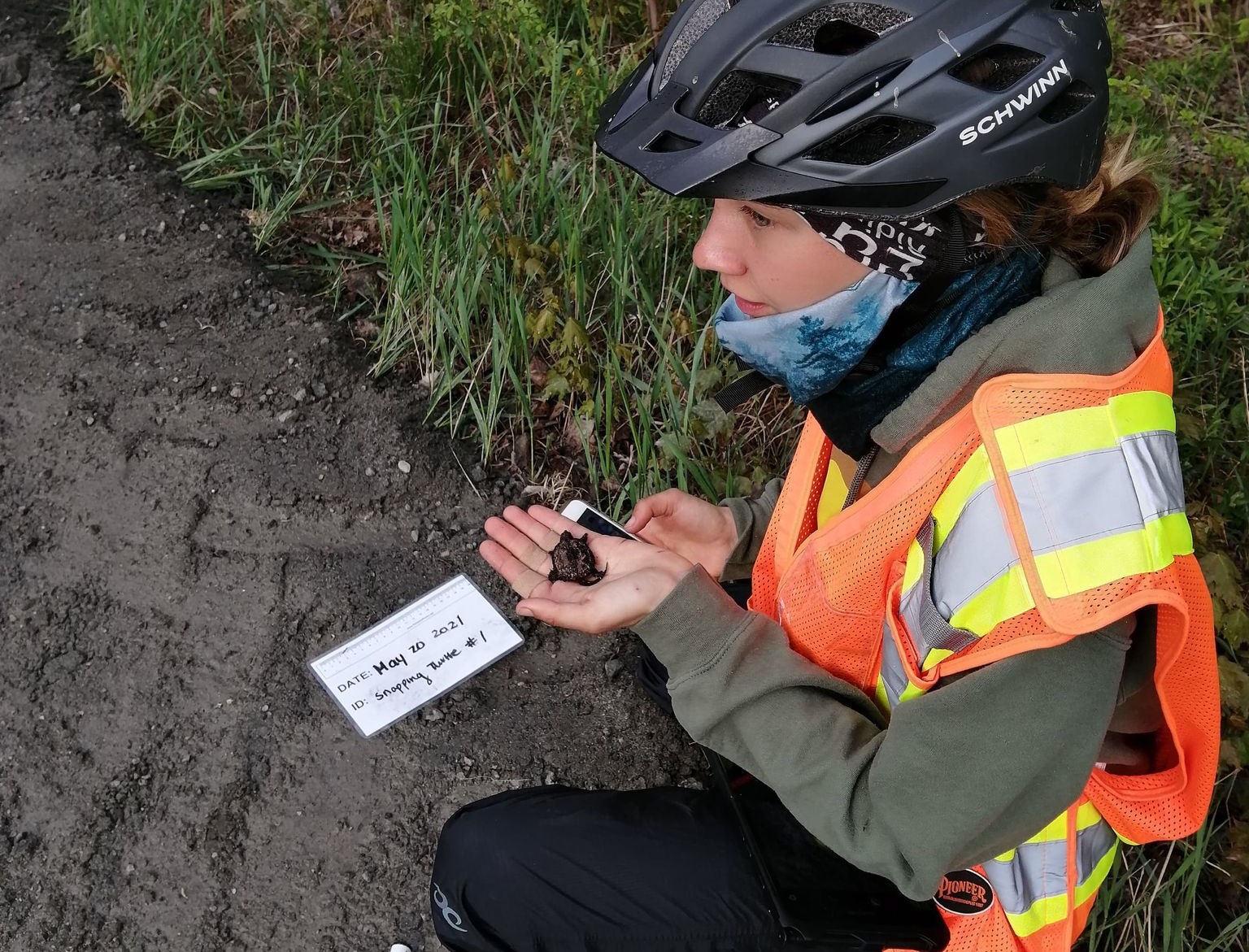 It’s that time of year again when turtles are on the move! As turtles travel between habitats, they will be found attempting to cross the road. To help our slow-moving friends, it is extra important that we watch for turtles while driving. This season on Skerryvore Community Road, the Georgian Bay Biosphere and Shawanaga First … Continued

Whether you are an avid hiker or just enjoy getting outdoors for some fresh air every now and then, you have probably been advised to “do a tick check” after spending time outdoors. Chances are you have a general idea of what ticks are and why you wouldn’t want any on your body, but in … Continued 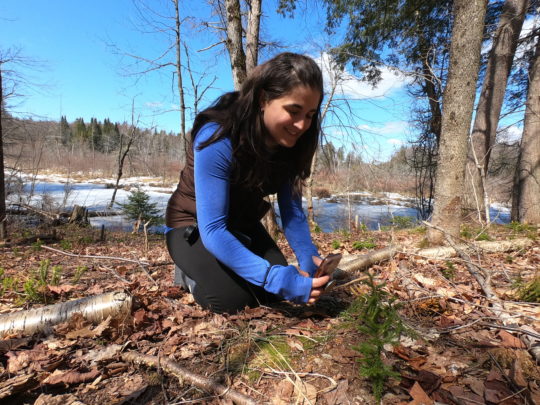 With spring comes many discoveries: migrating birds, singing frogs, and surprising flowers. What better way to welcome in the new season than listening to these sounds and looking for these sights?  Recording species that you see throughout the entire year is a great way to learn more about our natural environment at home. These sightings … Continued 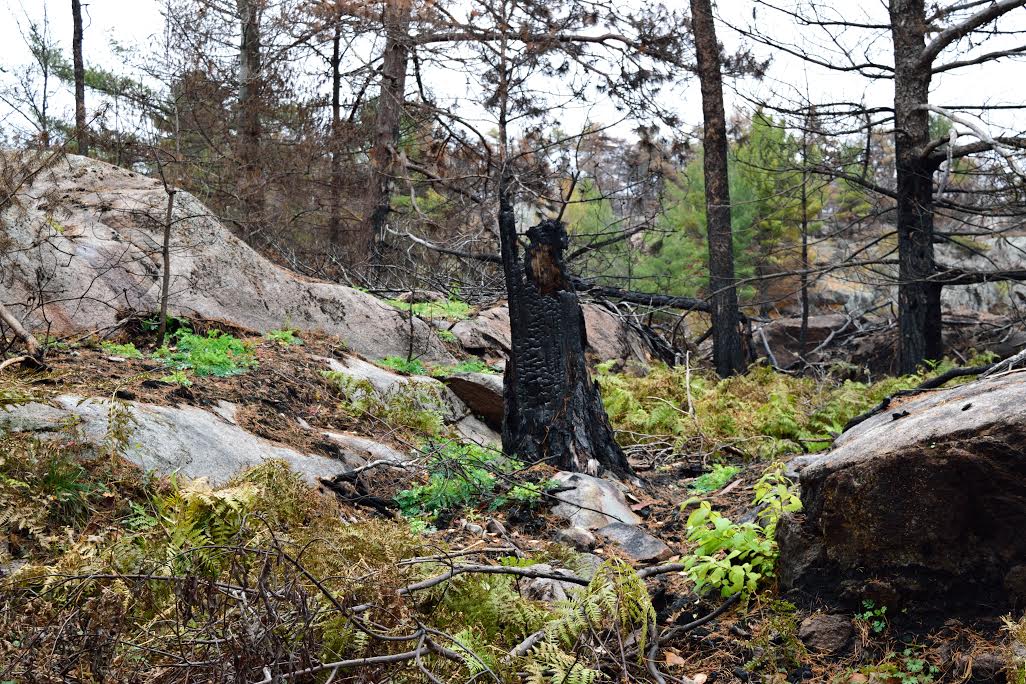 Using fire as land management has been a practice for many Indigenous groups across the world. The Anishinaabe use fire (shkode) as a way of influencing the land and restoring ecosystems. Blueberries and other species thrive after fire burns competing vegetation and releases nutrients, creating better growing conditions and abundant harvests.  However, there has been … Continued 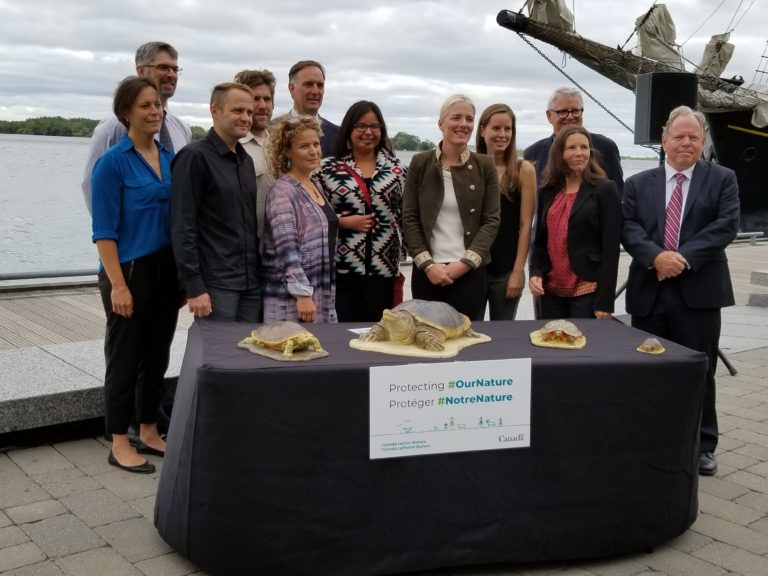 This spring, the UN released a scientific report that shows a million species are at risk of extinction, many within decades. The Government of Canada committed to doubling the amount of protected nature across lands and oceans, in an effort to protect the habitats vital to the survival of important Canadian species. On September 4, … Continued 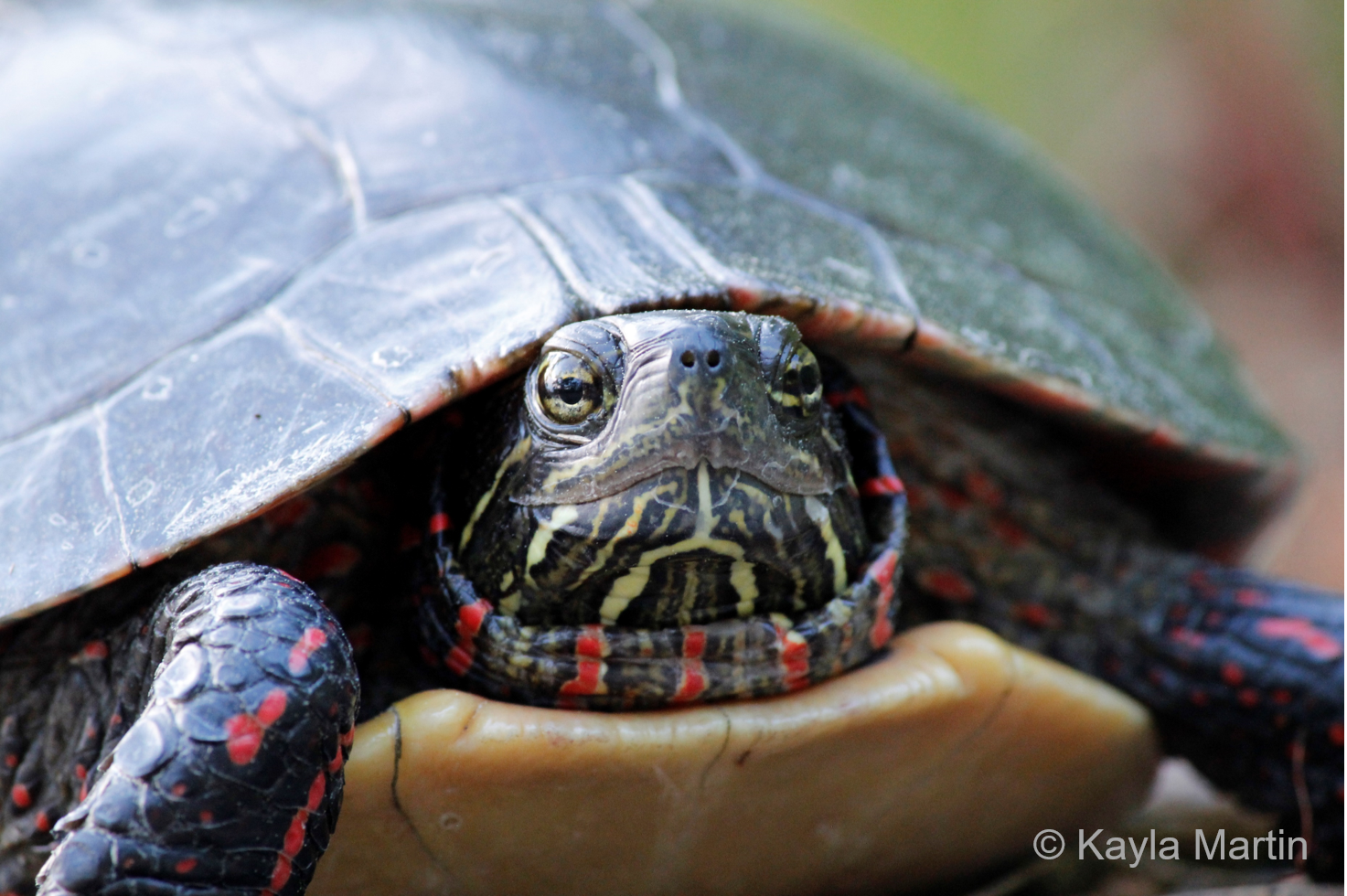 June is a turtley amazing month! With the warm weather, long days, and start to spring, our turtle friends are on the move. Shellebrate the Biosphere by helping turtles! Here are four easy ways that you can help them this summer. Remember to always wash or sanitize your hands after handling the animal.  1) Brake … Continued 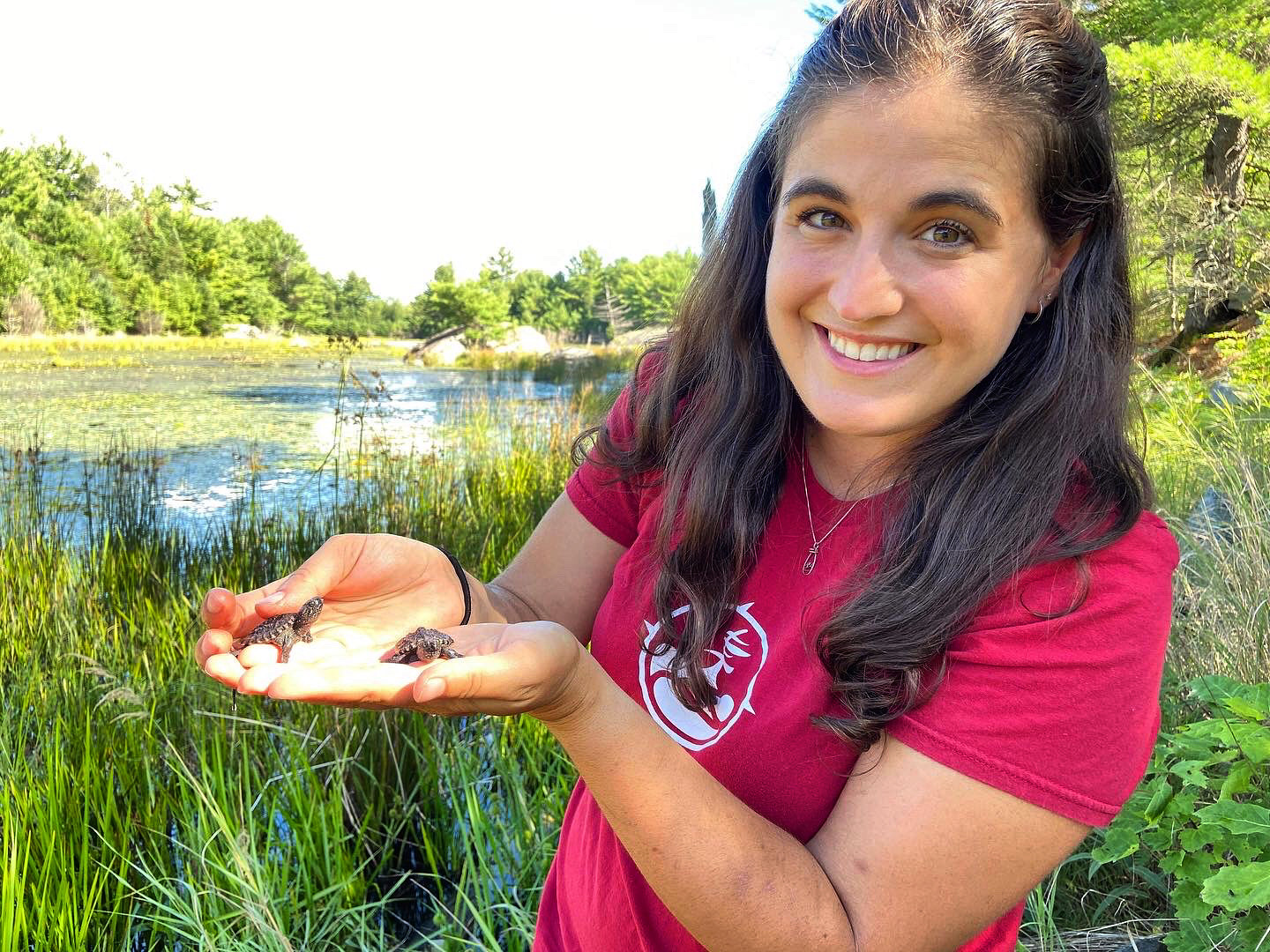 A Tale of a Thousand Turtles

As the sun shines on the edge of a large wetland, over 100 turtles await their return home as staff of the Georgian Bay Biosphere carry them through the reeds. Three large containers hold the turtle hatchlings, each between four and ten days old. These are just some of the hatched turtles of the 1,115 … Continued